The novel A Passage to India ([amazon_textlink asin=’014144116X’ text=’check the book price’ template=’ProductLink’ store=’getproduct0d-21′ marketplace=’IN’ link_id=’de1d08f2-c7a7-11e7-a65a-bd9b228813d1′]) by E.M. Forster is one of the most prolific work of art of the 19th century that examines the inner thoughts of characters through the stream of consciousness. This novel is about the European conquest in the East. E.M. Forster captures the way Europe relates with Indian experience. This has been achieved through the experience that Indian characters like Dr. Aziz, Hamidullah and Amritrao are subjected to through their interaction with the British imperial government. The notion of racial identity, white supremacy and discrimination is deeply woven and intertwined in how the story and development of both Indian and British characters. These aspects are further cushioned by religious, political, intellectual and economic trends that portray the European conquer in the east as patriarchal. The novel, therefore, tries to bring out the psychological effects of imperialism, alienation and how the characters relate to the conditions described in the novel.

The title of this novel is adapted from a poem by the gloriously accomplished American poet, Walt Whitman. The title of this novel is very significant in illustrating European conquer in India. This elaborates India’s first encounter with rest of the world and more so with the British colonial government that makes India as part of their protectorate. The title in a way serves to depict the unfathomed retrospect concerning the historical tales about India. This makes the reader to develop mental pictures on the voyage to India and the general image of the Indian population and their reaction towards the arrival of the colonial masters.The setting of the story is divided into three parts: The mosque, The Caves and finally The Temple. The events in the novel are majorly focusing on the town of Chandrapore and its immediate environment.

Setting of The Mosque in A Passage to India

In the first section of the novel A Passage to India, the story begins in the setting of The Mosque where we first interact Dr. Aziz who is an Indian Muslim medical doctor working as a surgeon at the hospital under the British government. He represents the intellectual voice of the Indians and he reflects on the direct and indirect insults of the British towards the Indians. Dr. Aziz and his Muslim friends are discussing their experience with the white people when he receives a message that he has been summoned by Major Callendar to his bungalow. On his way, he passes by his favorite mosque and decides to enter. To his utter surprise, he sees a white woman (Mrs. Moore) entering the mosque without removing her shoes and he shouts at her not to desecrate the sacred place. Dr. Aziz soon finds out that Mrs. Moore is a friendly English woman and this makes him go easy on her and they end up being friends. He calls for a Tongaand proceeds to Major Callendar’s house while Mrs. Moore goes to a British club and recounts her encounter to Ronny Heaslop and Adela Quested.

This section seeks to illustrate the possibility of developing friendship between the Indians and the British. The mosque also serves to lay out the importance of religion and specifically how the Muslim religion plays a role against white supremacy in India. The aspects of racial prejudice and colonial hybridity are also portrayed. For instance, a mature Indian says,”…the red-nosed boy (white) insulted me”. There is also segregation of Indian and British clubs in Chandrapore. This section, therefore, shows the colonial and cultural prejudice over Indians on how roads are named after Victoria’s generals.

In this second part of the A Passage to India, Dr. Aziz takes his white friends to the Marabar caves. He is in the company of two white women, Mrs. Moore and Adela Quested as well as  Cyril Fielding who is a principal at a government-run Indian college. A visit to Marabar Caves is the key point in the development of conflict in the novel as well as the juxtaposition of the true character traits of the British in India. A mysterious event occurs in the caves that puts Aziz’s reputation at the center of a scandalous accusation. Miss Quested gets lost in the caves and upon searching for her in vain, he discovers her glasses lying broken on the ground. When Aziz comes out of the caves, he finds Miss Quested talking to Miss Derek who has just arrived with Mr. Fielding. On his return to Chandrapore, Dr. Aziz is arrested and charged with sexual assault after Miss Adela frames him of raping her at the caves. This allegation infuriates the English community and Dr. Aziz is denied bail. Despite Mrs. Moore is aware that the doctor is innocent, she does not want to testify instead, she seeks a safe passage out of India. During his trial, Mr. Heaslop who is the court magistrate, publicly tells the other English men that are not in India to be pleasant but to carry out imperialism. However, Adela Quested feels guilty of the false accusation and admits to the court that Aziz is innocent which ultimately leads to his acquittal. Ronny breaks off his engagement with Adela but she is rescued by Mr. Fielding from the agitated Muslims before they are both excommunicated. This section clearly shows the limit that the English imperialist goes to demonstrate their stereotypic dominance, overt racism and colonial hybridity with regards to the Indian population.

The Temple – Final part of A Passage to India

This is the third and final part of the novel. The setting of this section takes place two years later and majorly dwells on Hinduism through the character of Professor Godbole, Rajah, Aziz and Fielding. The geographical setting is miles away from Chandrapore town to the west of Marabar Hills where we encounter professor Godbole is praying at a palace shrine in Mau. This is a native town where Godbole is now the Minister of Education. Dr. Aziz is also taking part in the Hindu birth ceremony and they later meet outside. Professor Godbole tells Aziz of Fielding’s arrival and his marriage to Stella, Mrs. Moore’s daughter from her previous marriage. This section displays the new birth of Dr. Aziz’s character by juxtaposing it with the Hindu birth ceremony.  This is in the context that he tries to rekindle his relationship with Fielding but the damage is far from recovery. The dynamics of politics in Mau displays a conflict between the Brahman and non-Brahman. However, as the novel A Passage to India draws to end, Aziz is optimistic that India is on the verge of attaining her freedom from the imperial government yet he maintains that his friendship with Fielding will never be until India is no longer under British rule. 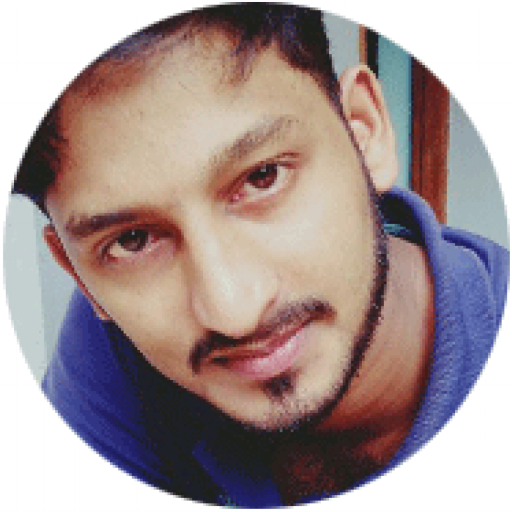 To kill a Mockingbird – by Harper Lee Novel Summary

1 thought on “A Passage to India – Critical Analysis, E.M. Forster”